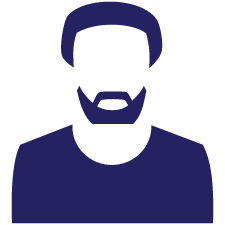 Speeding Ticket 101: Tips For Fighting It In Court

For many people, receiving a speeding ticket is one of those things that they simply accept, pay, and move on from. However, traffic tickets can come with more expenses than just that initial fine. You may face points on your driver's license, which can cause your insurance to increase, and too many points in a certain period of time can lead to a license suspension in many states. That's why you should always consider fighting your speeding ticket in court. Here are a few things your traffic law attorney wants you to know about fighting a speeding ticket.

If you're given a ticket for speeding in an area where traffic flow is typically traveling at the speed you were driving, you may be able to contest the ticket based on prima facie laws. Your traffic law attorney will help you to consider the conditions at the time you were stopped, including the weather conditions, the visibility, and the flow of traffic.

For example, if all of the traffic was moving at about 75 miles per hour in a zone with a speed limit of 65, and you were the car that the officer pulled over, you may be able to argue that, with all of the traffic around you moving at the same speed you were, it would have been unsafe for you to reduce your speed enough to be at the posted speed limit.

Know How Your Speed Was Determined

When you are pulled over for speeding, you should always ask the officer how they determined your rate of speed. If your speed was clocked using a radar gun, you can ask the officer if they are willing to show you the gun and explain how it works. If they show you the radar gun, make note of the manufacturer and the model number.

If the officer isn't willing to show you the gun, review the ticket when it's given to you, and if the officer doesn't make a note on the ticket of how your speed was determined, ask them to please add that to the information on the ticket. This allows you to later research the radar gun for any history of miscalculations, malfunctions, or other issues that may work in your favor in court.

Additionally, your lawyer can petition the maintenance and service records for the gun, ask that the gun be tested, and determine how long it's been since it was last calibrated. All of these things may work in your favor to call the accuracy of the radar gun's reading into question.

If you are pulled over for speeding in an area that you drive frequently, and you discover that the speed limit has been reduced in that area suddenly, you can often argue that the sudden change resulted in a simple mistake on your part. In many cases, this can be enough to get the charge dismissed, especially if you have a clean driving record otherwise.

Check out this site https://www.trafficlawyersuffolkcounty.com/ or similar sites for more information.